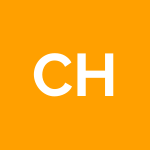 Do you have questions for Chimotete?

Log in to ask Chimotete questions publicly or anonymously.

The world of online games

Fairy Doctor in the City

I gave birth to five big brothers to fight in the palace for me.