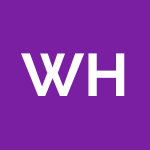 Do you have questions for Whale?

Log in to ask Whale questions publicly or anonymously.

Princess is not a good person: forced to marry a demon, Your Highness